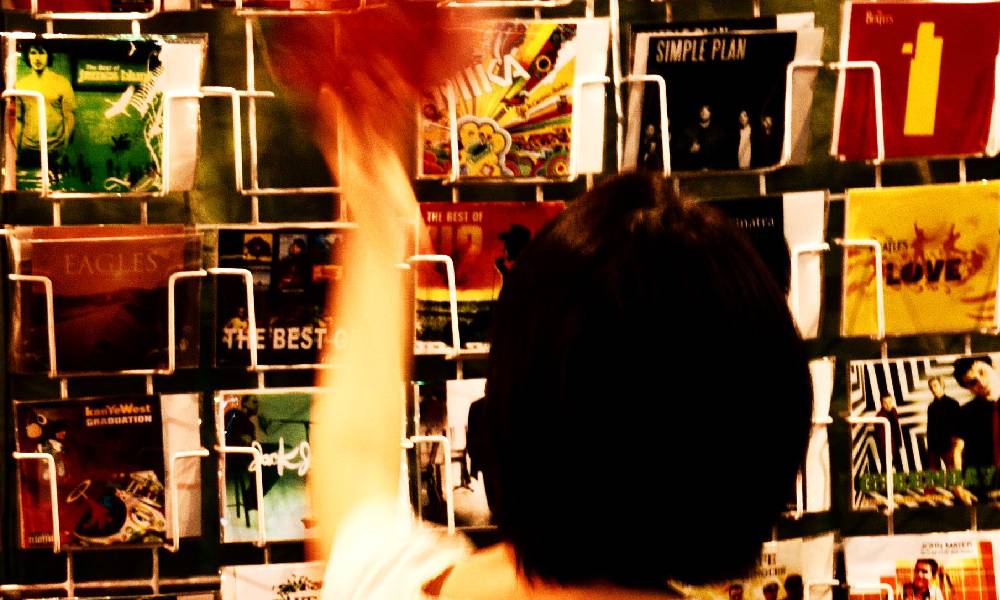 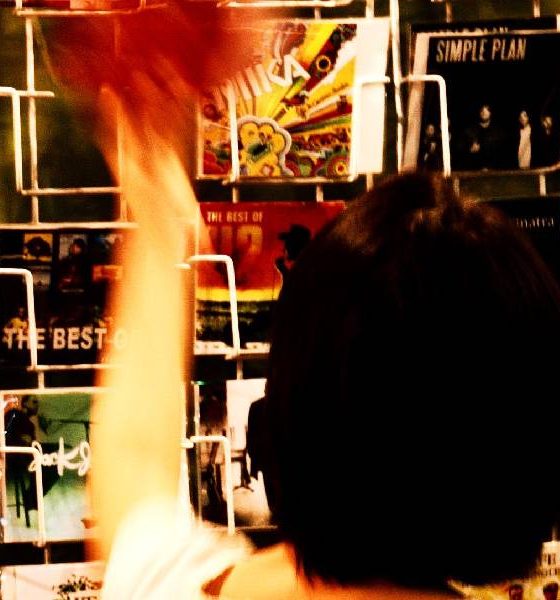 Do you still have that first CD or DVD you bought – or are you using Streaming to cover your loss?

It’s now the year 2020. Damn, where has the time gone? Where are the androids that dream of electric sheep, or hoverboards and flying cars? But here’s a reality check for you – do you still own any physical media, or do you have it all on your phone / computer / cloud?

My first VHS purchase was the movie Spaceballs. I loved this 1987 Sci-Fi piss-take so much, I had to rely on the broadcasts on Free-To-Air television and record it, and putting up with the commercials. It wasn’t until I was in high school, I got my first job as a busboy working in a busy restaurant. I saved up my hard-earned coins and I would buy a copy of the movie when I can find it at my local K-Mart. Sadly, I could never find one, and ended up buying an ex-rental from a high school friend. He wanted $10 for it, which I thought was a bit steep. But after failing to knock the price down, I got him his $10 – all in 5, 10, 20 and 50c pieces. A sale’s a sale. I eventually threw it out once the VHS player chewed it up.

Remember DVD? It’s still around and still going strong. While retail sales aren’t as high today as they were when this multimedia was the thing, the year 2020 marks the Digital Versatile Disc technology as 25 years old.

DVD didn’t hit it off straight away – it took a couple of years to reach the retail market as people were still enjoying the comfort and warped recordings of VHS. In my experience, I started working in retail from late 1999, and part of the job was to sell DVD players. This was when the regional codings were restricted to areas of the world, which was mainly due to licensing issues. DVD players were a minimum $1000. Televisions were still cathode ray tubes and in 4:3 ratio.

I couldn’t afford a DVD player myself, but I was so excited with this technology, my first DVD purchase was actually two movies – Austin Powers: International Man Of Mystery, and Austin Powers: The Spy Who Shagged Me. I paid a good $34.95 each for them and still have them in my collection today.

While the DVDs have wear and tear and the technology has improved with viewing pleasure (HD TV / Blu-Ray / Digital), I still refuse to update these two movies as it was my first foray into this market. I got addicted to buying lots of DVDs just because ‘I could’, but down the track I sold them or gave to charity.

I was hesitant with the Blu-Ray format (and not to forget the HD-DVD / Blu-Ray war), but I didn’t start using Blu-Ray until around 2010, when I owned a PlayStation 3 and was using the console purely as a DVR. One day I wanted to watch a new movie (2010’s Repo Men), but discovered the only the Blu-Ray version was available at my local Blockbuster Video. So I hired that, and when I got home, I realised I had to use the gaming controller as a remote to play the movie. After payday, I headed to JB Hi-Fi and bought an official remote, which came with the movies 300 and Clash Of The Titans. Now my Blu-Ray collection consists of the Marvel and D.C. movies, as well as a few other sweeteners which look wicked on Blu-Ray – like Star Wars.

I cannot remember my first audio cassette tape purchase as I used to borrow my brother’s collection (it may have been a compilation of sorts), but my first Compact Disc I did buy, I still own to this day. Actually, there were two.

If you notice, there is a few years gap between purchases. Soul Deep was bought using christmas money I had received that year. I nearly bought Michael Jackson’s Dangerous album, but my Dad talked me out of it and guided me something more of ‘higher music quality’. Other CDs I had ‘inherited’ from my brother, raid my parents’ collection, or I would tape songs from the radio. The song Doop I fell in love with when on TV, Channel 9 screened it as the theme for The Bugs Bunny Show after they dropped hosts for the show.

Now, they’re all available as a digital format online. YouTube Movies, Netflix, Stan, iTunes, Spotify… you just have to take your pick.

“So what? I now have it whenever I want! It’s the modern era!” I hear you think. Yes – that is 100% true. But this is where it can all fall apart if you’re relying on the digital era.

As part of an incentive to purchase more DVDs / Blu-Ray, some film and TV studios would have their own digital streaming service bundled in so you could take it ‘on the go’, as long as you had internet access to stream from the digital cloud.

In February 2019, one of the largest cloud services, UltraViolet, announced it was shutting up shop for good. Everything you had purchased and stored in the cloud, you would have to migrate it over to another provider. That means you have to re-register with the suggested company and set it all up again.

In this case, one of the cloud streaming services that was happy to help out, was Flixster Video – a subsidiary of social media networking site Flixster. So, once you moved everything over from UltraViolet to Flixster by July 31, 2019, you would be sorted and settled. Right?

In June 2019, an e-mail went out to Flixster Video customers, stating they were following the same path as UltraViolet – shutting down.

In this case, you will have to migrate everything from Flixster over to Google Play – a more stable source of cloud management. That’s two movements within months. But what happens if you have UltraViolet content that Google Play does not host? I actually don’t know this answer, but if someone went through this issue, comment below.

Now that we’re on the main cloud store management systems – Google Play and iTunes. They are the main online stores for music, movies, TV, eBooks, podcasts and everything else inbetween.

I purchased it when I owned an entry level Android tablet. I read about half of it before I got side-tracked. A few years later I tried to read it again, but the tablet completely died. So, no book. It really sucked.

I know I can re-download it again as it’s stored in my Google Play cloud, but I have to purchase a tablet that I do not wish to own, purely for an eBook.

If only I owned the physical copy….

Now for iTunes – I wasn’t an avid Apple fan, but the first iTunes music track I purchased was … wait for it… Girls Aloud – Biology (2005). The track was just full cheese, which is why I think I bought it. But as I didn’t have an iTunes account, I gave the $1.69 to my housemate who had an account and got them to buy it. The only way I could play it was on their computer. So restrictive, and I couldn’t play it on my computer as the file was DRM locked. When I moved, I lost the track forever.

I eventually signed up to iTunes with my own account, and my own first iTunes purchase was the Spiderbait album that was made purely for iTunes – as an iTunes Original.

A year later, I had to move interstate. That’s fine – I’ll set it all back up when I settle into my new place. Then, I realised I had registered to iTunes with an e-mail from my ISP that will no longer exist as I had to cancel the internet account. Waddaya know – account was now obsolete. So was my original access to the album. Lost in the digital graveyard.

A couple of years later, I hoped on the Apple bandwagon and got an iPhone. Hooray! I made sure I used a e-mail address that I could use anywhere (IE GMail, Hotmail, Yahoo etc). I started buying tracks and even TV series. But I noticed not everything was available to buy on iTunes. There were incomplete series – such as the odd episode missing. Some shows were available as digital only so you HAD to buy them through the cloud store, but if you didn’t physically download them to your computer or device and relied on the streaming, you’d lose the access if the show / movie is removed from the system. If you’re one of the customers who bought Good News Week on iTunes, you’ll know what I mean, as it no longer exists to be available to watch.

“But what about streaming video on demand services like Netflix, Stan etc?” Well, I hate to say it, they control your library. They aren’t going to supply everything to you. If you want a particular movie, have fun finding it. Which SVOD has a classic Marilyn Monroe flick? Or the movie that scared Generation X with The China Syndrome? Who is currently streaming Ted Bullpitt and his Kingswood? Who has the entire American Pie series from top to end (including the no-delicious filler spin-offs)?

Plus they won’t be around forever. Remember Presto? A combination effort of Seven West Media and Foxtel to compete against the U.S. juggernaut Netflix coming to Australian shores? No – they would rather you forget quickly too.

There was also Australian owned Quickflix which started in 2003 and had all the hallmarks of Netflix – such as DVD rental-by-mail distribution as well as an early SVOD presence. They were ready to take Netflix head-on. Sadly, things fell apart after failed handshakes – which again – sucked if you physically purchased any digital libraries.

Even online DVD store EzyDVD had their own SVOD store EzyFlix, but that faltered pretty quickly in 2015. Funnily enough – you had to migrate everything from EzyFlix to UltraViolet… Deja Vu?

There’s absolutely NOTHING WRONG with the streaming services. They are doing a spot-on job and the rate of piracy has dropped because these services are becoming more easily accessible. There are hundreds, thousands of free and paid services available out there that may be tailored to your needs. But they aren’t worth you throwing away the first CD / DVD you purchased and use as a replacement.

They could be gone tomorrow, and you’re going to have to start all over again.

An Introduction to TISM

Going 4DX Cinema To The Max

Free Aussie Shows to Binge while at Home

An Introduction to TISM

Free Aussie Shows to Binge while at Home